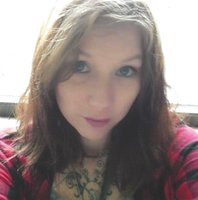 Her friends and family may know her as Kushikito.  She was 33 years old when she left us to soon.

Erin loved reptiles and exotic animals and was very crafty.  She had been a Sunday School teacher when she was younger.

Erin was preceded in death by sisters; Angela and Donna; grandmothers; Barbara and Freda; grandfathers; Leonard and Donald; and her Uncle Bill.