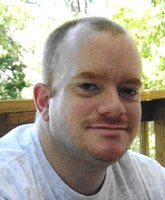 Micky Bolin was born July 27, 1975 at Saint Francis Hospital, Tulsa, Oklahoma to Wayne and Kaye Bolin. He was the child they had wished for, for years and he did not disappoint. He entered this world with a full head of red hair and ready for action. He started school here in Sapulpa and graduated from high school at Metro Christian Academy. Later he attended college at NSU and finished at OSU. After college he joined his dad at Sahoma Lanes where he played a big part in making the family business a success. He later was elected and served as President of The Oklahoma Bowling Centers Association. He also served on several committees at the national level. Micky loved spending time with his family and friends and especially enjoyed hanging out at the lake with friends. Micky enjoyed snow skiing and traveling. From family vacations to traveling solo to Europe or with friends to Mexico he was always game. He was an accomplished hiker and backpacker. Micky was diagnosed with epilepsy at a young age and while this condition made his life difficult with lots of setbacks, he never let this slow him down. He was preceded in death by his mom, Kaye Bolin and his grandparents Earl and Paulene Young and Guy Bolin. Micky is survived by a brother, Ryan Bolin of Broken Arrow and his dad, Wayne Bolin of Tulsa. In addition, he is survived by many aunts and cousins that he loved. In Micky’s last days he made it clear he was ready to go home to The Lord and see his mom. I’m hoping he gets to see his little dog Baxter.