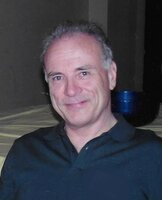 Francis Gilbert (Frank) Proctor was born Christmas Day, December 25, 1947, to Gilbert H. Proctor and Helen Ferry Proctor in Oklahoma City, Oklahoma. He departed this life on February 3, 2022. He will be remembered as a loving husband, father, grandfather and good friend. Frank graduated from Sapulpa Highschool in 1966. He served with the U.S. Army in Viet Nam in 1968-69. He graduated from Oklahoma University School of Pharmacy in 1977. Frank and Teresa Mackey were married on November 9, 1979, and have made their home in the Sapulpa and Tulsa area since that time. In 1980, Frank began working at Humpty Pharmacy in Sapulpa. They purchased the pharmacy in 1996, growing the business and welcoming new customers until his retirement in 2015. Frank enjoyed his customers, always lending an attentive ear to their questions and telling them if they had any questions after hours to “just call him at home”. During this time, he was happy to have his two sons and four nieces, while highschoolers, working at the pharmacy providing “good part-time help”. In younger years, Frank enjoyed playing both the piano and pool, and was skilled at both. He liked to ski, and was a member of the Tulsa Ski Club in the early eighties. He had also been a member of the Sapulpa Jaycees, Chamber of Commerce, and Sacred Heart Catholic Church. Frank had a kind and generous nature and a big heart, always quick to help anyone in need or assist to remedy a situation. Frank enjoyed travel, especially a tour that included Yellowstone and the Grand Tetons taken shortly after his retirement; and then returning with their grandson a few years later so he could enjoy the same majestic sights. Time spent with family, especially his grandchildren, topped his list of enjoyable pleasures, which also included hiking scenic trails, photography, reading, listening to good music, and cheesecake. He is missed. Survivors include wife, Teresa, sons Patrick Proctor and Sean (Rebecca) Proctor, and grandchildren Dawson and Kennedy Proctor. Also surviving are brothers Kenneth (Linda) Proctor, and Rodney Proctor; sisters Margaret (Jack) Chambers, and Debbie Teel; brother and sister-in-law David (Annette) Mackey; one nephew and six nieces. Preceding him in death were his parents, Gilbert and Helen Proctor, and brother, Robert Proctor. In lieu of flowers, memorial contributions may be made to Community Food Bank of Eastern Oklahoma or to a charity of your choice.