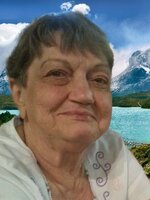 Betty Irene (Miller) Knox passed away September 11, 2022 at the age of 84. Betty was born in Longview, Texas on November 12, 1937 to George Washington Miller and Opal Lynney (Snow).

For over 20 years Betty operated a home day-care in her home and retired in 2000. She enjoyed traveling, dining out and going to play at the casino. She especially loved all of her grandchildren and great-grandchildren.

Betty was raised in Tulsa, Oklahoma and lived for over 30 years in Jenks, Oklahoma. At the time of her death, Betty was living in Tahlequah, Oklahoma with her daughter and son-in-law Mary and Thomas. Betty had four daughters and one son.