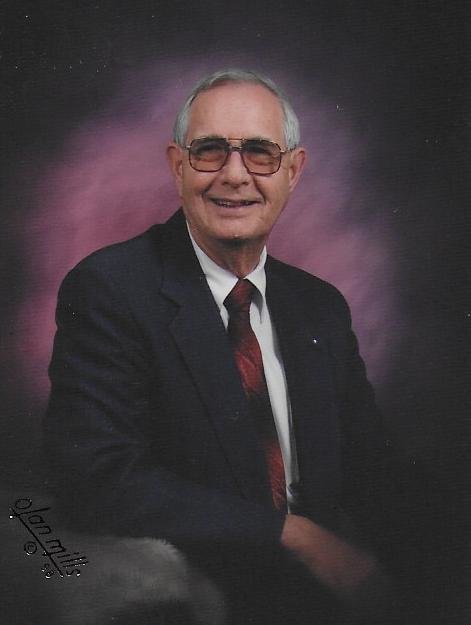 William Charles McMahan, 92 went home to be with the Lord on Tuesday, September 24, 2019.  He was born April 13, 1927 in Kiefer, Oklahoma.  He grew up in Sapulpa and played high school marching band.  He joined the Navy at the age of 17 and after serving a year he returned home to graduate.  Bill attended Southwestern Oklahoma State University where he met Ruth Ormand, who became his wife in 1950.

Bill worked for 50+ years as a pharmacist at Reel Store and the Sapulpa Drive-In Pharmacy.  He finally retired at the age of 80.

Bill was a faithful Christian who loved serving the Lord by helping others.  He was very active in his church and used his musical talents by being in a Christian quartet and leading the music whenever the opportunity arose.  He was the music director of Sunrise Baptist Church for 20 years.  He also participated in several medical mission trips in Nicaragua and Honduras.

Bill is preceded in death by his wife Ruth, and son-in-law, Kenny Smithee.

His surviving family is daughters, Patti Smithee of Tulsa, OK, and Marilyn Lechtenberg and her husband Mark, of Ponca City, OK, 5 grandchildren, 9 great-grandchildren.

In lieu of flowers a memorial to the Oklahoma Baptist Homes for Children would be appreciated.  OBHC, 3800 North May Avenue, Oklahoma City, OK 73112