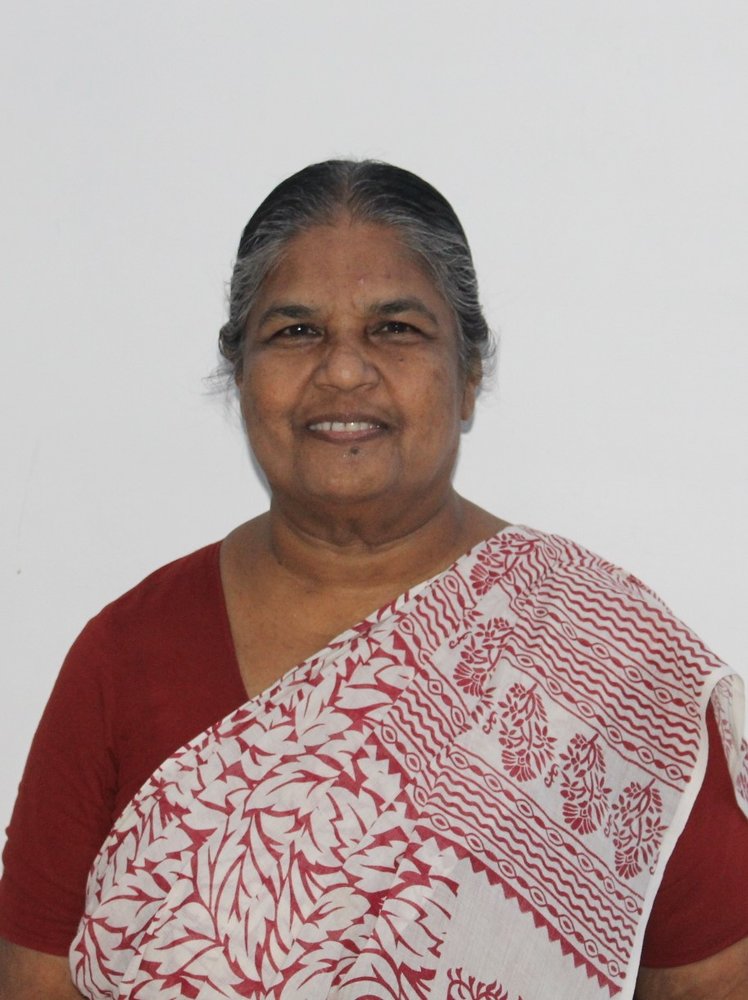 She was preceded in death by her husband, P.D. Mathunni, and her parents Obed and Rosa Zachai. She was survived by her children Rick and Jaimole Rhoads of Tulsa, Kuriakose and Jemi Thirunilathu of Omaha, Jino and Blessy Packayil of Dallas, and Shibu and Jeena Samuel of Omaha. She is also survived by her grandchildren Caleb and Ana Rhoads, Zac and Kyla Smith, Matthew Rhoads, Joshua Thirunilathu, Joel Thirunilathu, Joanna Thirunilathu, Jeremiah Packayil, Stephanie Packayil, Esther Samuel, Eben Samuel, and many more family members and friends.

Shirly grew up in Calicut, India, as the youngest of three children. She married P.D. Mathunni on April 21, 1966, and she was a dutiful wife to him until his death on August 23, 1999. She retired from Kerala State Electricity Board as Senior Superintendent on July 31, 2001, with 35 years of service.

To send flowers to the family or plant a tree in memory of Shirly Zachai (Mathunni), please visit Tribute Store
Tuesday
22
October