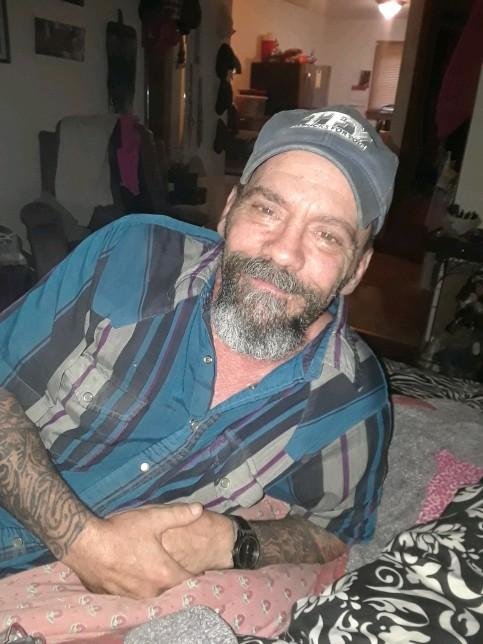 Richard “Rick” Gordon Fletcher was born in Friendship, Wisconsin on August 17, 1968 to Thomas Fletcher and Hilda (Karre).  He passed from this life at his home in Coffeyville, Kansas on October 25, 2019 at the age of 51.

Rick was a rebel, born free, and a family man, and he lived his life accordingly.  He grew up in the Drumright area and spent time in Germany while serving in the United States Army.  He loved cold beer and NASCAR and was a #24 Jeff Gordon fanatic.  Rick also enjoyed going to the lake and camping.  He worked as a pipe cutter and in metal recycling with brothers Todd and Chad.  He loved going to the get togethers at his sister’s home, gathering with family and friends. His sister Guessina cooking and a big fire out back.  Everyone getting along, smoking, drinking and just hanging out.  Those were his favorite times.

To send flowers to the family or plant a tree in memory of Richard Fletcher, please visit Tribute Store
Saturday
2
November