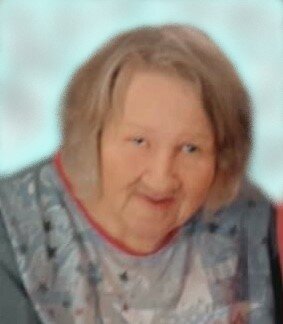 Please share a memory of Theda to include in a keepsake book for family and friends.
View Tribute Book

She is survived by her 3 sons and daughters-in-law: Gerald Howell Jr. and Kim of Kingman, Arizona, Edward Howell and Nan of Chandler, Arizona, Michael Hall and Stacie of Sapulpa. Two brothers and their wives: Roy Baker and Nancy of Avondale, Arizona and Glen Baker and Shantel of Tarpon Springs, Florida. Three sisters, Glenda and Elzie Winklepleck of Keota,

She received her early education in Hominy and completed eighth grade at Clinton Jr. High.

Growing up, she had many people close to her that she considered brothers and sisters - including her cousins and her best friends Pat and Betty. She shared many memories with these close relatives and friends. She loved to play games including Jacks with mother and sisters, and rummy with her mom and stepdad as partners. The winner received $10 for Christmas shoes, and the funny thing is, the kids always ended up winning the money.

She worked as Nurse’s Aide and later trained to be the Unit Clerk. Once she became a Unit Clerk, she had found her calling. She worked at St. Francis and later ended her career at OSU Medical Center.

Theda loved her kids but didn't care to cook much. Spaghetti and Four-Star Chili were her favorite dishes to make, but she was good at calling for carry out. As she got older, she enjoyed playing Bingo. She was reborn in Christ and began attending Calvary Temple Church with Pastor Tim Watkins, who convinced her to stop playing Bingo.

She had an awesome sense of humor, and you could count on her to crack a joke or say something funny at any moment. She will be missed by her family and friends.

To send flowers to the family or plant a tree in memory of Theda Hall, please visit Tribute Store
Sunday
24
July

Look inside to read what others have shared
Family and friends are coming together online to create a special keepsake. Every memory left on the online obituary will be automatically included in this book.
View Tribute Book
Share Your Memory of
Theda
Upload Your Memory View All Memories
Be the first to upload a memory!
Share A Memory
Send Flowers
Plant a Tree