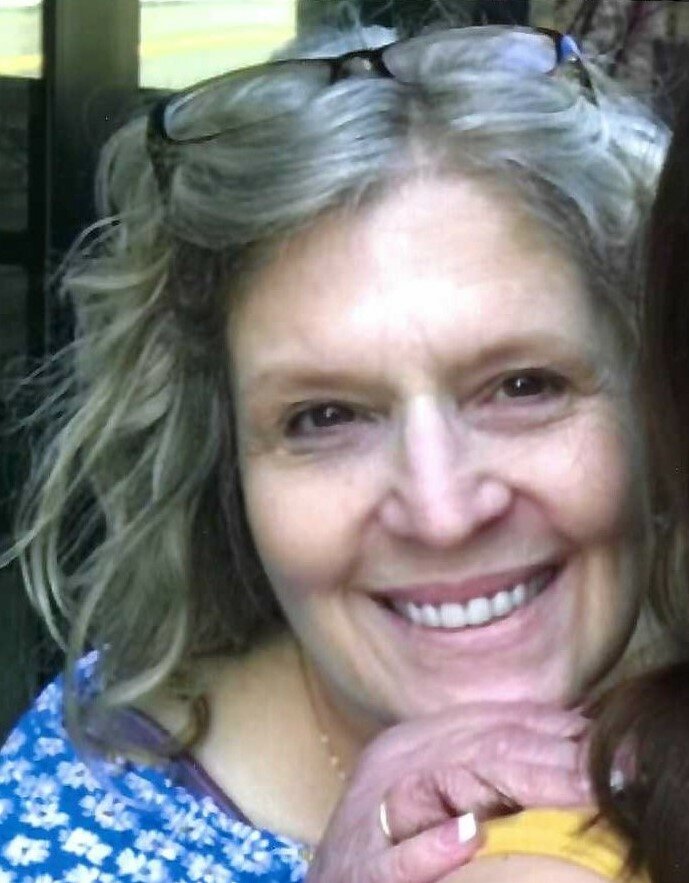 Please share a memory of Paula to include in a keepsake book for family and friends.
View Tribute Book

Paula Michelle Kumpf was a loving wife, mother, grandmother, sister, and friend. Her sudden departure on September 7, 2022, has left a large void in all who knew and loved her. Paula had a larger-than-life personality that will be impossible to forget. Her family will carry the memories, doing their best to continue the lives her impact affectionately helped to build.

Paula was born in Tulsa, Oklahoma to her beloved mother, Peggy Jo Bennett on September 23, 1961. She began her childhood in Tulsa, where she would often spend evenings with her grandparents, Robert Paul and Vaudell Bennett, who were lovingly referred to as Bahoo and Gangee. Paula and Gangee were two peas in a pod, sharing common themes, mainly a deep love for family, and their bond was never- ending. This kept her in Tulsa, where she began to build her life with her 3 children, Jerry, Penny and her peanut, Stacy.

After having her first child, Paula got her GED. She followed that with Paralegal Studies at Tulsa Junior College and then proudly graduated with her Bachelor of Science in Nursing from Roger State University in May of 1997, fulfilling her dream to make a career in the medical field. Her greatest devotion was taking care of others, more specifically those with mental health struggles. She spent most of her career as a psychiatric nurse and found great satisfaction in showing compassion and understanding to those within her care. A dedication to nursing took her many places, including California, but wherever she went she was inevitably a patient favorite.

In April of 1999 Paula married the love of her life, Dennis C. Kumpf. They built their life together on Keetonville Hill between Owasso and Claremore, Oklahoma. Joined later by 2 daughters, Kathleen, and Jerilyn. She enjoyed collecting antiques, art, and other eclectic items, often, making rounds with Dennis at flea markets, near and far. Paula also enjoyed travel, making annual trips with family to North Dakota and recently enjoyed her granddaughter`s Bat Mitzvah in Ohio. Her home was always open to her children and grandchildren, whom she enjoyed both cooking for and spoiling in many ways. Grandma Paula would always say it was her job to spoil her grandbabies and met many of their whims as only she could.

Paula was extremely passionate about many causes. Her politics were based in empathy, human rights, and equality for all. These passions lead throughout her life, often taking in strays and nursing hurt animals, giving a home to several young people, and continued with her joining new humanitarian causes along the way. She was a staunch Black Lives Matter advocate and LBGTQ+ ally. Her dedicated investment into these strong beliefs brought her to Washington DC in 2017 to protest alongside her daughters and granddaughter to voice her discontent with the current political climate.

It seemed there was nothing Paula couldn`t do or create when she set her mind to it. She was unbelievably smart, had wicked sense of humor, was fearlessly compassionate and her imagination was second to none, she was unabashedly genuine, a force to be reckoned with, and her family is certain there are few she did not impact in some way.

To send flowers to the family or plant a tree in memory of Paula Kumpf, please visit Tribute Store
Saturday
1
October

Look inside to read what others have shared
Family and friends are coming together online to create a special keepsake. Every memory left on the online obituary will be automatically included in this book.
View Tribute Book
Share Your Memory of
Paula
Upload Your Memory View All Memories
Be the first to upload a memory!
Share A Memory
Send Flowers
Plant a Tree