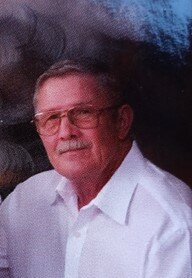 Please share a memory of Ronald to include in a keepsake book for family and friends.
View Tribute Book

Ronald Lee Williams passed from this life on September 22, 2022 at the age of 76. Ron was born January 9, 1946 in Muskogee, he grew up in Sapulpa and graduated in 1964 from Sapulpa High. Ron attended college at Northeastern Oklahoma A&M in Miami, Oklahoma where he was drafted in 1967 into the Army and he served as a Sniper in Vietnam until his discharge. Ron enjoyed 2 careers in his life- Horse racing where he was a valet, trainer, & Jockey. He won over 1000 races as a Jockey. In 1987 he met and married the love of his life Tamara Lynn Leader. They took a leap of faith and moved to Lake Tahoe where Ron became the Director of Maintenance for Zephyr Point Presbyterian Conference Center. He is survived by his children Mitchell Williams and his daughter Ronni Leigh Williams of Yakima, WA. Ron loved the MANY years of service to the church. Ron loved being at the lake, water sports, camping, and spending time around a campfire swapping stories.

He is preceded in death by his mother Pauline Bradshaw, his stepfather Billy D Williams, and stepmother Bobbie Williams from Sapulpa.

To plant a beautiful memorial tree in memory of Ronald Williams, please visit our Tree Store

Look inside to read what others have shared
Family and friends are coming together online to create a special keepsake. Every memory left on the online obituary will be automatically included in this book.
View Tribute Book
Services for Ronald Williams
There are no events scheduled. You can still show your support by planting a tree in memory of Ronald Williams.
Plant a tree in memory of Ronald
Share Your Memory of
Ronald
Upload Your Memory View All Memories
Be the first to upload a memory!
Share A Memory
Plant a Tree