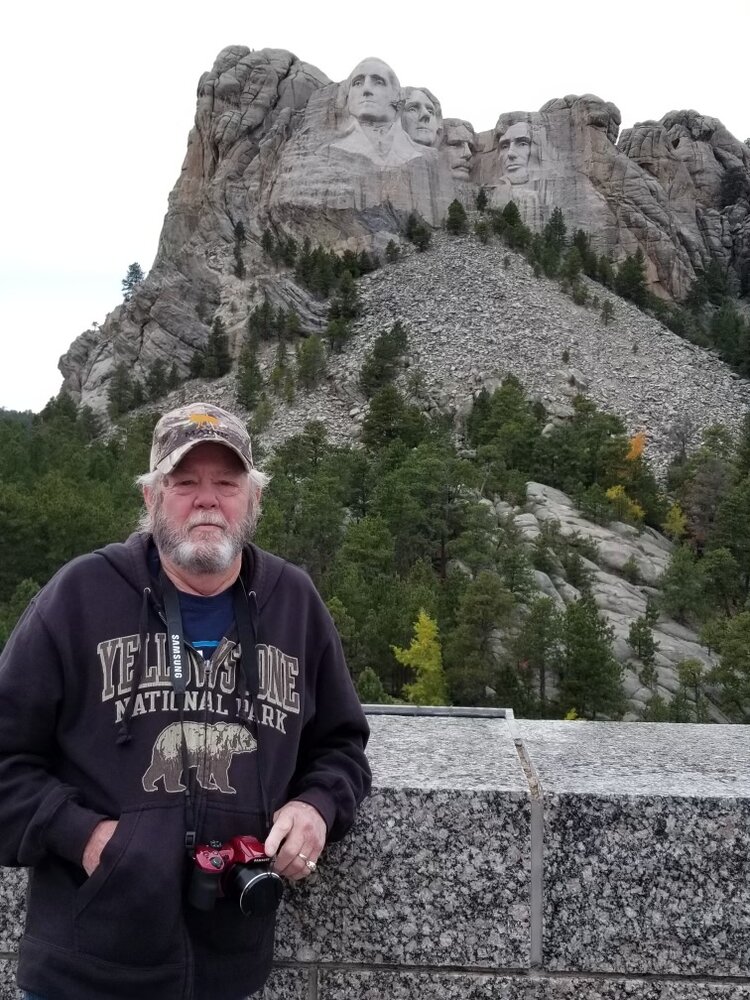 Please share a memory of Carroll to include in a keepsake book for family and friends.
View Tribute Book

Carroll Wayne Carter was born in Bartlesville, Oklahoma on March 2, 1943, to Dorothy Ball Carter and Carroll Hurrff Carter.  He passed away on October 27, 2022, at the age of 79, at his home in Skiatook, Oklahoma.

He is remembered as a loving husband, father, grandfather, and amazing friend.

Wayne graduated from Central High School in 1962.  He served with the Army National Guard and helped run the family drycleaning business of Carter’s Cleaners in Tulsa.  He married and had three children, DeWayne, Deborah and Rebecca.  The family moved to Mounds, Oklahoma in 1978 where he joined the Mounds Police Department as an officer and then Chief of Police.  The family moved to Glenpool, Oklahoma in 1983 where Wayne joined the Glenpool Police Department and worked his way up to position of Sargent.  After many more years in law enforcement, he made his final career move to Warren Medical Center where he worked as Chief of Security and then was promoted to Manager of Guest Services from 1991-2018.  After his marriage to Retha Guinn Carter on October 17, 2017, he retired to his home in Skiatook, Oklahoma in 2018.

He will continue to be dearly loved and will be greatly missed.

To send flowers to the family or plant a tree in memory of Carroll Carter, please visit Tribute Store
Friday
4
November

Look inside to read what others have shared
Family and friends are coming together online to create a special keepsake. Every memory left on the online obituary will be automatically included in this book.
View Tribute Book
Share Your Memory of
Carroll
Upload Your Memory View All Memories
Be the first to upload a memory!
Share A Memory
Send Flowers
Plant a Tree