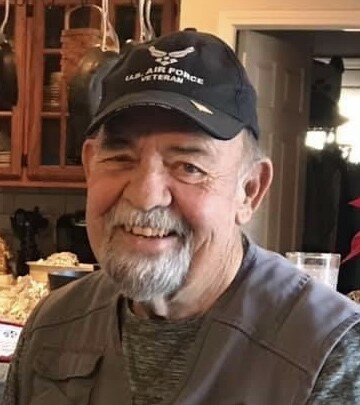 Please share a memory of James to include in a keepsake book for family and friends.
View Tribute Book

Jim was born in Collinsville, OK to Leslie Scott and Pauline Herron Scott. He was preceded in death by his parents, Leslie and Pauline and two of his five brothers, Leslie Ray and David. Jim is survived by his wife, Terrie; his children, James, Dawn, Shannon and Summer; two brothers, Ronnie and Robert; sister Darlene and a host of nieces & nephews, family and friends.

Jim married Judi Myers in 1964 and had three children, James, Dawn, and Shannon. Jim and Terrie were married on June 10, 1988, and shortly after their marriage, Jim adopted Terrie`s daughter, Summer, at age 10. Coty was also considered a son.

Jim graduated OSU. He joined the Air Force in 1967 as a pilot in the Vietnam War. After the war, Jim owned a landscape business and a freight company while working pecans in the Collinsville area. Jim retired from the Tulsa City County Health Department as a restaurant health inspector.

Jim loved being outdoors, working on the farm in Collinsville. Gardening, going to the lake and all his animals, Mostly he loved the baby animals. However, Jim`s true passion in life was telling stories - to everyone he met.

In Lieu of Flowers, the family is requesting Fruit Trees or make Donatins to Porta Caeli House

To send flowers to the family or plant a tree in memory of James Scott, please visit Tribute Store
Thursday
10
November

Look inside to read what others have shared
Family and friends are coming together online to create a special keepsake. Every memory left on the online obituary will be automatically included in this book.
View Tribute Book
Share Your Memory of
James
Upload Your Memory View All Memories
Be the first to upload a memory!
Share A Memory
Send Flowers
Plant a Tree