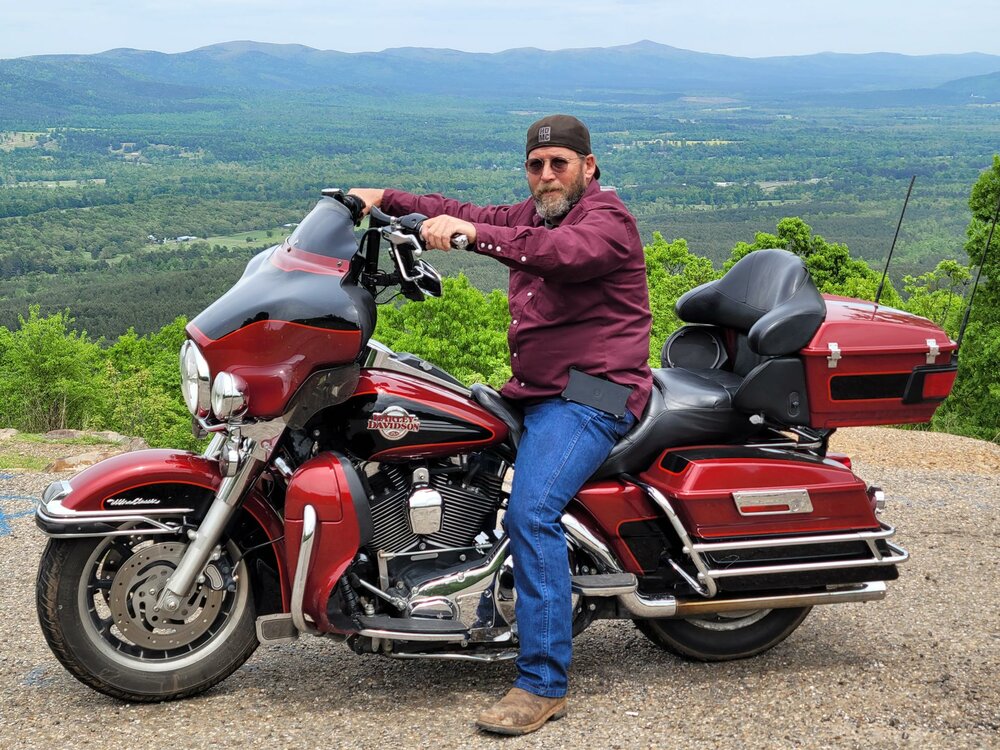 Please share a memory of Patrick to include in a keepsake book for family and friends.
View Tribute Book

Patrick Jamison Scott was born in Wichita Falls, Texas on June 28, 1971 to Dianna Cardwell Ebarb. At age 4 he was adopted by Merlin Scott. Patrick passed away at his home in Depew, Oklahoma on October 28, 2022.

Patrick attended Frederick Public High School. He loved hanging out at the skating rink in town with his 3 Bosom Buddies: Mike Neugebauer, Martin Edwards, and Jeff Rankin. A few years later Ronnie Davis came along. They were always found together and up to some kind of mischief.

In his early 20’s, he served 4 years with the United States Army. Upon entering the Army, he obtained his GED. Patrick was a hard-working man and excellent welder. He loved his trade and took pride in his craft. Due to his untamed free spirit, he was always on the road and worked in various states, making new friends along the way.

Patrick’s first love was his family; Kelly, parents, children, grandchildren, and fur babies. His one greatest pleasure in life was his motorcycle. He enjoyed being out on the open road, traveling and exploring different parts of the country on his bike. He believed in living a full life and enjoying good company.

To send flowers to the family or plant a tree in memory of Patrick Scott, please visit Tribute Store
Saturday
26
November

Look inside to read what others have shared
Family and friends are coming together online to create a special keepsake. Every memory left on the online obituary will be automatically included in this book.
View Tribute Book
Share Your Memory of
Patrick
Upload Your Memory View All Memories
Be the first to upload a memory!
Share A Memory
Send Flowers
Plant a Tree