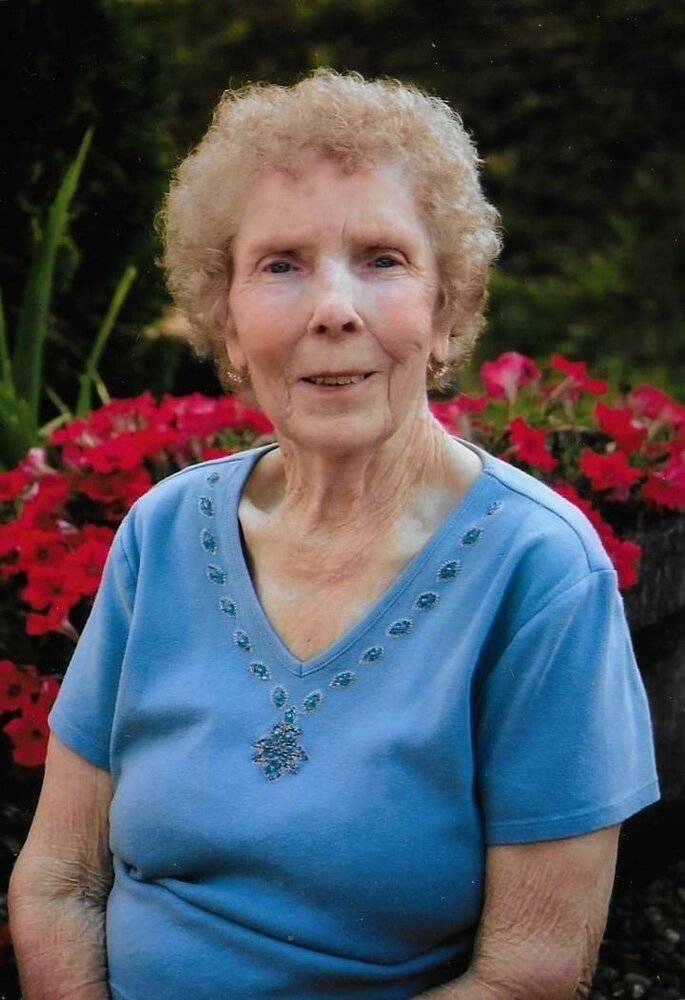 Please share a memory of Edna to include in a keepsake book for family and friends.
View Tribute Book

Edna Mae Oxford “Momo” was born October 19th, 1932, in Big Cabin, Oklahoma. She was the daughter of Lillian May Han and Van Poplin. She was raised by her grandparents Frank and Eva Han in the areas of Big Cabin, Adair, and Strang Oklahoma. She was called Sunshine by her grandparents, and she lived her life in a way to where she ultimately became the sunshine to so many. She played basketball in school and worked at the local café as a waitress where she met the love of her life, Sylba “Jack” Oxford.

They married September 3, 1949, in Tulsa, Oklahoma. They went on to have four children: Jackie Lee, David Earl, Janet Sue, and Beverly Ann. With Jack in the military, Edna had each of her children in a different state. Eventually, they settled down in Dawson, Oklahoma where they raised their children. Along with those children came 13 grandchildren, 30 great grandchildren, and 3 great-great grandchildren. Momo knew all of their birthdays by memory. Edna loved each and every member of the family and was always ready to feed anyone who came to her home.

Edna loved playing the bass with her husband in their band “The Spit and Fiddle Club”. She entertained and served many over the years with her music and food. Edna was a dedicated wife, mother, and grandmother that was always serving her family and “going back to the drawing board” to find the next project. She was an amazing cook and was well known for her chocolate chip cookies, mac n cheese, chocolate delight, sock it to me cake, plus many other dishes.

In 1996 Jack and Edna built a house in the country outside of Sapulpa. Edna was preceded in death by her husband Sylba “Jack” Oxford June 21, 1999. Edna continued loving on her children and grandchildren bringing much joy and support. Edna met her brother Joe and sisters Vandelle and Janana for the first time when she was in her 80s and it brought her much joy! Edna enjoyed getting to spend the rest of her days in her home as she wished.

To send flowers to the family or plant a tree in memory of Edna Oxford, please visit Tribute Store
Saturday
3
December

Look inside to read what others have shared
Family and friends are coming together online to create a special keepsake. Every memory left on the online obituary will be automatically included in this book.
View Tribute Book
Share Your Memory of
Edna
Upload Your Memory View All Memories
Be the first to upload a memory!
Share A Memory
Send Flowers
Plant a Tree