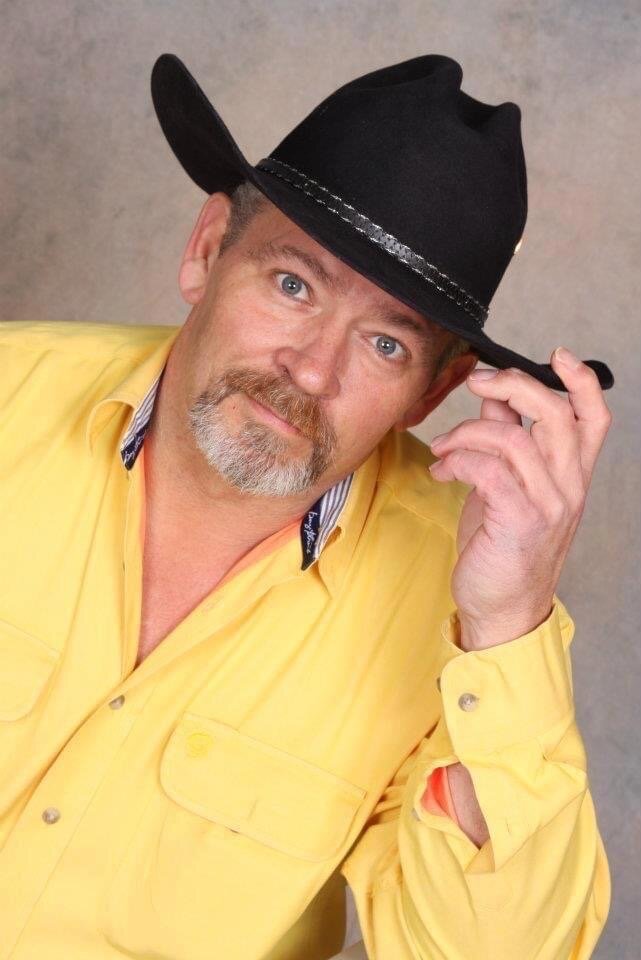 Please share a memory of Dean to include in a keepsake book for family and friends.
View Tribute Book

He was born to Jim and Betty Whitehouse in 1964 and was the 3rd of 4 boys. Some would say he was the most ornery of the 4, but they were all very close and he loved that very much.

He attended Sapulpa Public Schools and proudly played several years of Chieftain Football.  He was proud of the fact that as a JV, the HV wanted him to play for them.

Right out of high school he went to work for Custom Woodworks and worked there until he stepped out to open his own business and that is when Topping Tulsa was born.  He worked other jobs when times and the economy dictated, but Topping Tulsa was always there.  He developed a name for himself and word spread about the quality of his work, leading to jobs in many other states.

He married Cherry Patterson in 1983 and in 1986 his daughter, Jarilyn, was born. He didn’t put up with any nonsense, but at the same time was very protective of his daughter.  He raised her tough and expected her to stand up for herself.  They often butted heads and sometimes it was clash of the titans, but he still always watched out for her.

He became a Papa in 2009 when Darvi was born. There had never been such a tough man turn so soft in all of history!  If she said jump, he said how high.  Then in 2011, when Zayn was born, he got the “son” he had secretly always wanted.  He roughhoused and play “fought” with him and then at 3 yrs old Papa had him winking at high school girls (he picked pretty ones too) which made Papa so proud.  Fast forward to 2019 and he inherited another one, Maddie fit in so perfectly, and it didn’t take any time at all for there to be a bond as strong as he had with the other two.  In 2021 another Grandson was born and again he was a puddle of goo. Orryn could convince Papa to get up and move when no one else could, no matter how good or bad he felt. Then again in 2022, he was surprised with one more little Grandson.  This one carried his name and there was just a little bit of a glint in his eye when he found out. Quinton received lots of snuggle time from his Papa.

Dean enjoyed just about anything that involved wood.  He was incredibly talented and could make just about anything that he set his mind to, from a rocking horse that his grandkids enjoy today, to a beautiful cedar chest that was a perfect Christmas present for Jarilyn.  He made and sold quilt racks and a host of other items and they were all exquisitely made. He could design beautiful kitchens in his head and transfer them to plans so easily.  It was his gift!

He also enjoyed hunting and spent several years going to Colorado and Missouri to do just that.  He was even able to take a trip to Canada with his best friend to go Black Bear hunting.  He didn’t get one, but he came home with plenty of stories to tell.

Despite all of those interests, his most famous hobby was his storytelling.  He loved making memories come alive, especially in his last few years, and enjoyed reliving his adventures as he told them.  No matter how many times he told each one, his eyes still got the same sparkle with every telling.

He is preceded in death by his parents, Jim and Betty Whitehouse of Sapulpa and his honorary brother Conrad Whitfield of Texas.

Memorial Services for Dean will be held at

Flowers may be sent to Harvest Church

Care of Harvest Church in Memory of Dean Whitehouse

To send flowers to the family or plant a tree in memory of Dean Whitehouse, please visit Tribute Store
Thursday
5
January

Look inside to read what others have shared
Family and friends are coming together online to create a special keepsake. Every memory left on the online obituary will be automatically included in this book.
View Tribute Book
Share Your Memory of
Dean
Upload Your Memory View All Memories
Be the first to upload a memory!
Share A Memory
Send Flowers
Plant a Tree