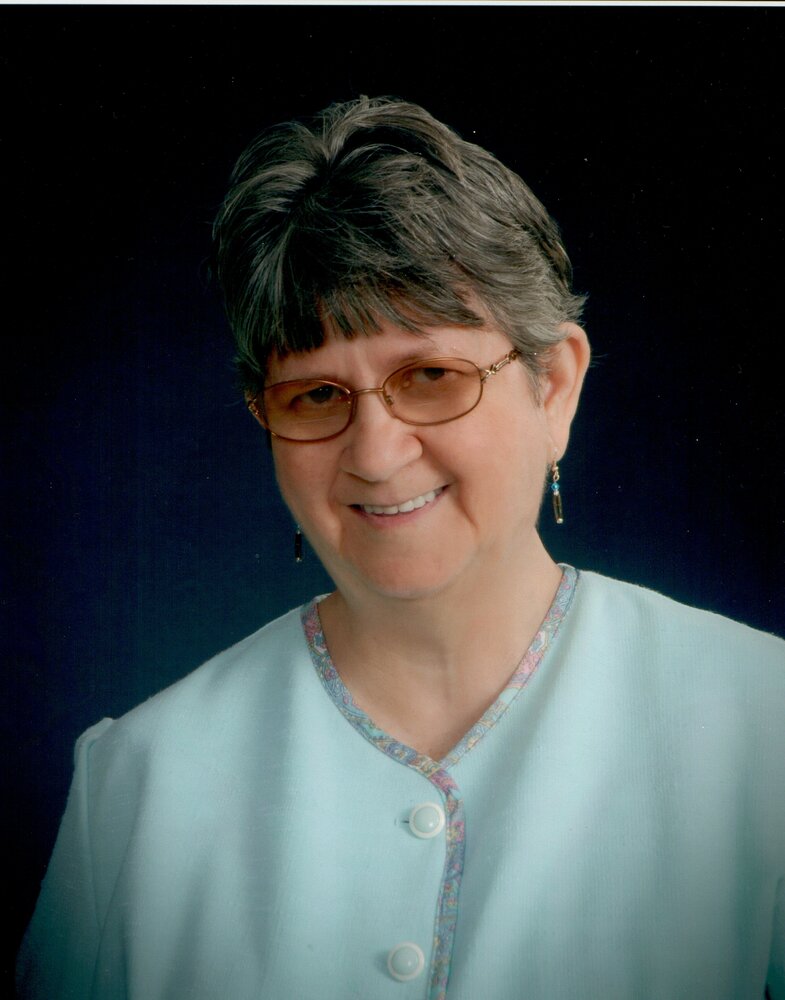 Please share a memory of Audrey to include in a keepsake book for family and friends.
View Tribute Book

She was the sixth out of seven kids, the youngest of the six girls and was the last one to make the trip home.

Audrey graduated from Blackburn High School in 1962, it was during this time when she met her future husband Ronnie Vineyard while his dad was preaching at the First Baptist Church.  They were married October 30, 1964 at Opportunity Heights Baptist Church in Tulsa and initially made their home in Sapulpa and Tulsa.  They were blessed in 1966 with their first child Jim and Rhonda three years later. They moved to Blackburn in 1970 where they made their home and raised their family for a little over twenty years.  Audrey spent most of her life being a housewife and mother.  Prior to getting married she spent some time working at Munsingwear sewing undergarments.  She had passed the state typing test and had a chance to work as a typist for the state but she chose instead to focus on raising and taking care of a family.

Audrey enjoyed canning, making jam, sewing and working with her beads to make jewelry. She won several awards for her sewing include a number of first place ribbons at the Pawnee county fair over the years.

She fought with arthritis most of her life starting back when she was about 9 years old.  Over a 40 years span she endured six hip surgeries with the last one in November 2020.  Even though she had to deal with various health setbacks she always tried to maintain a positive attitude and find a way to fight through it do what she wanted even if it meant finding a different way to accomplish the task.

Audrey and Ronnie attended a number of churches in Sapulpa, Blackburn and Cleveland during these years together.  She’ll be remembered for her love of the Lord, her fighting spirit, her love for her husband, kids and grandkids.

To send flowers to the family or plant a tree in memory of Audrey Vineyard, please visit Tribute Store
Thursday
12
January

Look inside to read what others have shared
Family and friends are coming together online to create a special keepsake. Every memory left on the online obituary will be automatically included in this book.
View Tribute Book
Share Your Memory of
Audrey
Upload Your Memory View All Memories
Be the first to upload a memory!
Share A Memory
Send Flowers
Plant a Tree