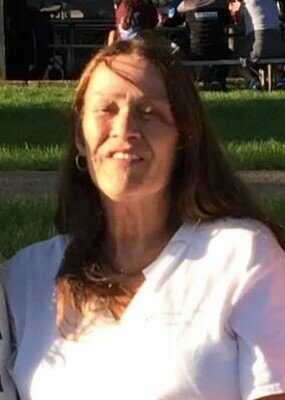 Please share a memory of Debbie to include in a keepsake book for family and friends.
View Tribute Book

Debbie Kaye (Meyers) Kessler was born May 14,1955 in Bakersfield, California to Jack and Faye Meyers. Debbie passed away on January 9, 2022 at the age of 67.

She married Tommy Leroy Tally in 1971. They were married until 1979 and they had two children, Jessie Ray and Samantha Lee.  Debbie married David Arthur Kessler in 1983 and the couple remained together until his death in 1992. For many years Debbie was a homemaker, taking care of her family. She raised Chinese Shar Peis and Japanese Akitas. Later she worked for Shi Kari Inc. making fishing poles, co-owned the Flower Shop with Debbie Woods, worked for First Wave MRO and lastly as the Warehouse Manager at Caring Community Friends. She became certified in Home Health so she could help care for her elderly neighbor, Mrs. Leverett. She loved gardening, flowers, animals, wildlife and riding cross country with her boyfriend Ronnie Gogan in his semi-truck. She was a caring and loving person, with a wonderful sense of humor. She continued to make those around her laugh until her final days.

Debbie was preceded in death by husband David Kessler and parents Jack and Faye Meyers. She is survived by her boyfriend Ronnie Gogan; children Jessie Tally and Samantha Renfroe and husband Rick; sisters Connie Cuka and husband Mike, Dianna Borero and husband Mike; brother Jackie Ray Meyers and wife Diane; grandchildren Kimberly Tally, Adam Tally, Sarah Cope, Elizabeth Cope, Casey Dixon, Abigail Tally, Keagan Tally, Caleb Tally and Ava Tally; as well as numerous great-grandchildren, nieces, nephews and a multitude of friends. Debbie had a beautiful heart, and her memory will be cherished by everyone that knew her.

To send flowers to the family or plant a tree in memory of Debbie Kessler, please visit Tribute Store
Friday
13
January

Look inside to read what others have shared
Family and friends are coming together online to create a special keepsake. Every memory left on the online obituary will be automatically included in this book.
View Tribute Book
Share Your Memory of
Debbie
Upload Your Memory View All Memories
Be the first to upload a memory!
Share A Memory
Send Flowers
Plant a Tree