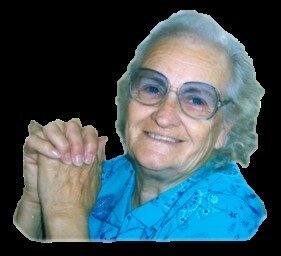 Please share a memory of Ila to include in a keepsake book for family and friends.
View Tribute Book

Ila Mae was born on February 11, 1930 in Formosa, Arkansas to Walter and Maude Tipton. She married the love of her life, William Owen and together they had three daughters and three sons.  She was a wonderful and beloved wife, mother, grandmother, great-grandmother, great-great-grandmother, daughter of God, and friend to many.  She spent her life of service as a homemaker, an escort driver, a farmer, and an auxiliary member of the Disabled American Veterans.  Her life was dedicated to taking care of those that she loved and she freely gave of herself unselfishly every day of her life.  She was a tough and tenacious woman and, while her family was always the central focus of her life, she was capable of accomplishing anything she set her mind to, including gardening, laying cement, sewing, building an addition to her home, killing chickens and possums, nursing animals and children back to health, and much, much more.

Ila Mae was preceded in death by her husband William after 63 years of marriage and four of her children, William, Walter, Danny, and Eloise. She is survived by her daughters Susie and Leona and her many grandchildren, great-grandchildren and great-great-grandchildren, many of whom she helped to raise in her own home.  She lived a life of selfless service to everyone around her and was a mother and grandmother not only to her own family but to many friends and neighbors as well. She had a deep and abiding faith in Jesus Christ that sustained her through life's challenges and strengthened her whole family.  She will be missed greatly by her family and loved ones.

To send flowers to the family or plant a tree in memory of Ila Owen, please visit Tribute Store
Friday
20
January

Look inside to read what others have shared
Family and friends are coming together online to create a special keepsake. Every memory left on the online obituary will be automatically included in this book.
View Tribute Book
Share Your Memory of
Ila
Upload Your Memory View All Memories
Be the first to upload a memory!
Share A Memory
Send Flowers
Plant a Tree