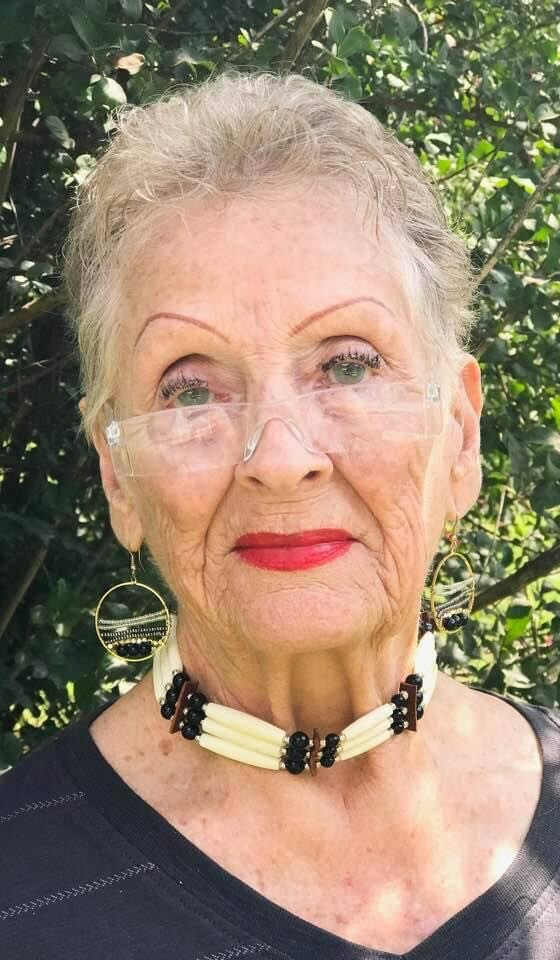 Please share a memory of Sylvia to include in a keepsake book for family and friends.
View Tribute Book
Sylvia E. “Loy” Wortman Kralik, age 84, went to her heavenly reunion December 28, 2021 after a 4 year long battle with liver failure and ultimately acquiring COVID while in the intensive care unit at St. Francis Hospital in Tulsa, OK. Loy was a lifetime Sapulpan, born here March 10, 1937 to Dennie and Hazel Wortman. Her grandparents were Dennis Springer Wortman and Emma Gule Maulding Wortman, a Frisco Engineer and Harvey House girl. She graduated from Sapulpa High School in 1955 and was a Majorette for 4 years during her high school years, as well as participating in many school clubs, plays, and activities. She was chosen to be the model for Chuck Boyles’ art class. When she was 17 years old, her portrait was awarded the Gold Seal of Acceptance and was displayed in a museum in Louisiana. In her early adulthood, she raised horses, cattle, and hogs. Loy met the ultimate love of her life, Jim Kralik, at Sahoma Lanes in Sapulpa while playing pool. After a brief courtship, they married on June 4, 1970, in Miami, OK, and enjoyed 51 years of marriage together living in Sapulpa. They raised a daughter from a previous marriage together, Loy Carlene Sunday, and also had two daughters together, Kari Kralik, and Kristi Kralik Howard. Loy was not one to shy away from life experiences. She was highly inclined to detective work and was actually approved to go to detective school in New York but had her first born daughter before she could attend. Because of her inquisitive nature, she turned her passion of research into a 40 year-long hobby of genealogy, amassing a database of over 6,000 names of family (pre-internet days), and tracking her paternal line of the Wortmans down to the year 1000 AD. She volunteered for the Sertoma organization and coached youth girls’ basketball with the Sapulpa Kiwanis Club. Loy was especially proud to finally discover her link to the Cherokee Nation, and proudly enrolled us into the tribe and helped several family members, some of which she never even met in person, enroll into the tribe. Through her research, she discovered she was the 5th great granddaughter of the Cherokee Beloved Woman, Nanyehi (aka: Nancy Ward), whose cry was for peace between the Cherokee and the White Man. She attended the musical that is now written about Nanyehi each year that it toured Oklahoma. Loy worked at Bartlett Hospital from 1955-1961, then again from 1992-1994 in the legal department, after retiring from Sapulpa Walmart, where she worked for 19 years. Jim and Loy briefly lived in Warsaw, Missouri, then Lawrence, Kansas, before coming back home to Sapulpa to live the remainder of their marriage. Loy was preceded in death by her parents, Dennie and Hazel, her brother, Dennie Lee Wortman, and her first born daughter, Loy Carlene Sunday. She was also preceded in death by a host of aunts, uncles, and special cousins. Loy is survived by her heartbroken husband, Jim Kralik of the home, and daughters Kari Kralik and Kristi Kralik Howard and her husband Tony. She is survived by grandchildren Schelli Nordskog and Marnie, Brooke Brun and Johan, Katie Howard, and Kyle Howard and Jenna. She leaves behind great grandchildren Ethan and Wyatt Brun, Kameron, Kylah, and Paxton Johnson, and Brayleigh Howard. She is also survived by niece Karen Wortman Calvert and husband Dave. Visitation is Monday, January 3, 2022 from 3-5 p.m., and her service will be Tuesday, January 4, 2022 at 10:30 a.m., with the Reverend Bill Oldham officiating.
To send flowers to the family or plant a tree in memory of Sylvia Kralik, please visit Tribute Store
Monday
3
January

Look inside to read what others have shared
Family and friends are coming together online to create a special keepsake. Every memory left on the online obituary will be automatically included in this book.
View Tribute Book
Share Your Memory of
Sylvia
Upload Your Memory View All Memories
Be the first to upload a memory!
Share A Memory
Send Flowers
Plant a Tree